Here at the Vevay Dental Centre we take pride in our looking after our every patient needs. We have IV Sedation available to our nervous patients, needle phobia patents and anyone who has a dental phobia. You need to book in for a consultation first to see exactly what dental treatment is needed and an exact quotation. 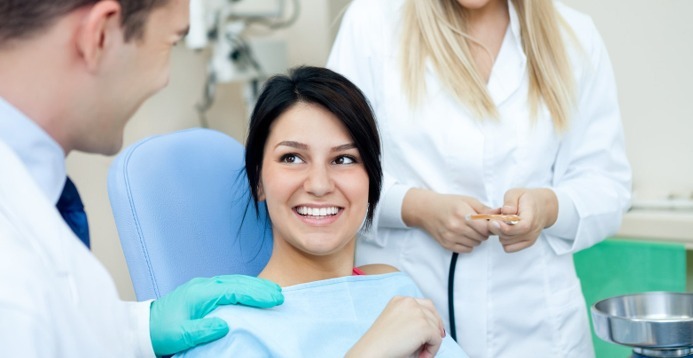 How is IV sedation administered?


What does it feel like? Will I be asleep?

In reality, you remain conscious during IV sedation. You will also be able to understand and respond to requests from your dentist. However, you may not remember much about what went on because , in most people, IV sedation induces a state of deep relaxation and a feeling of not being bothered by what's going on and the drugs used for IV sedation can produce partial or complete absence of memory for the period of time you are under sedation. As a result, time will appear to pass very quickly and you will not recall much, or perhaps even nothing at all, of what happened. So it may, indeed, appear as if you were "asleep" during the procedure.


Anaesthetic? Will my dentist numb my gums before or after I'm sedated?

The drugs which are usually used for IV sedation are not painkillers (although some pain-killing drugs are occasionally added), but anti-anxiety drugs. While they relax you and make you forget what happens, you will still need to be numbed. If you have a fear of injections, you will not be numbed until the IV sedation has fully kicked in. Your dentist will then wait until the local anaesthetic has taken effect (I. e. until you're numb) before starting on any procedure.


Is it safe? Are there any contraindications?

IV sedation is EXTREMELY safe when carried out under the supervision of a specially-trained dentist. However, contraindications include pregnancy, known allergy to benzos, alcohol intoxication, CNS depression, and some instances of glaucoma. Cautions include psychosis, impaired lung or kidney or liver function, and advanced age. Heart disease is generally not a contraindication.

What are the main advantages of IV sedation?


The onset of action is very rapid, and drug dosage and level of sedation can be tailored to meet the individual's needs. This is a huge advantage compared to oral sedation, where the effects can be very unreliable. IV sedation, on the other hand, is both highly effective and highly reliable.


The maximum level of sedation which can be reached with IV is deeper than with oral or inhalation sedation.


Benzos produce amnesia for the procedure.


Can be ideal for those with a phobia of dental injections.


Unlike General Anaesthesia or Deep Sedation, conscious IV sedation doesn't really introduce any compromises per se in terms of carrying out the actual procedures, because people are conscious and they can cooperate with instructions, and there is no airway tube involved.


Are there any disadvantages?

A needle has to be put in the arm or hand ("venipuncture"). If you have a general phobia of needles, this isn't much fun.

It is possible to experience complications at the site where the needle entered, for example hematoma (bruise).

While IV sedation is desired precisely because of the amnesia effect (i. e. forgetting what happened while under the influence of the drug/s), there can be a downside to this: if you can't remember that the procedure wasn't uncomfortable or threatening, you can't unlearn your fears. However, it depends on the precise nature of your phobia and the underlying causes to which extent this may be a problem. Some people would voice a concern that some patients can't be "weaned off" IV sedation, as dental anxiety tends to returns to baseline levels. As a result, people who rely on IV sedation may be less likely to seek regular dental care Recovery from IV administered drugs is not complete at the end of dental treatment. You need to be escorted by a responsible adult.

You should WANT to be sedated. If, for any reason, you're unwilling to "let go", for example because you don't like not being in control, it will be more difficult to be successfully sedated.

Have your escort take you home and rest for the remainder of the day.

Have an adult stay with you until you're fully alert.

Don't perform any strenuous or hazardous activities and don't drive a motor vehicle for the rest of the day.

If you experience nausea, lie down for a while or drink a glass of coke.

Don't drink alcohol or take medications for the rest of the day unless you've contacted your dentist first.

Take medications as directed by your dentist.

If you have any unusual problems, call your dentist.