The World Health Organisation considers mercury one of the top ten chemicals of major public health concern. WHO has not established any level of mercury as ‘safe’ for exposure to humans.

The level of mercury in the environment is a big concern to policy-makers and organisations. You might have most recently heard about the UN’s Minamata Treaty on Mercury. 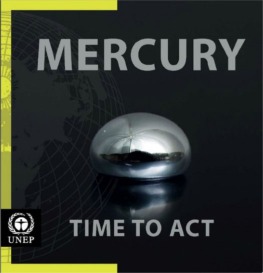 The Minamata Convention on Mercury was negotiated by 140 countries. The treaty controls and reduces products, processes and industries where mercury is used, released or emitted. It is named after a public health tragedy that occured in Minamata, Japan, between 1932 and 1968.

A factory producing acetic acid discharged liquid waste into Minamata Bay, which was rich in fish and shellfish. The fish were contaminated by the waste’s high levels of methylmercury, and entered the food chain. At least 50,000 people were affected by the diseases that followed. Severe cases included brain damage, paralysis, incoherent speech and delirium. Unfortunately, the legally-binding Minamata Treaty could not demand a world-wide ban on the use of mercury overnight. Such a request is simply unfeasible. They have asked instead, in the case of amalgam fillings for example, for their use to be phased-down rather than completely phased out.

Some countries have banned mercury however, and consider themselves as setting an example as they do so.

Norway was the first to ban the use of mercury in all products in 2008, including dental materials. The Minister of the Environment and International Development, Erik Solheim, said at the time that:

“Mercury is among the most dangerous environmental toxins. Satisfactory alternatives to mercury in products are available, and it is therefore fitting to introduce a ban”.

Norway intended the ban to be a “strong signal” to the rest of Europe.

Norwegian and Swedish legislation came into effect on 1 January 2008, and Denmark came into place on 1 April 2008 banning the use of amalgam. In Sweden, both health and environmental factors were cited for the ban.

Jakob Axel Nielsen, Danish Minister for Health, was reported by Reuters as saying:

“Composite fillings have now become so strong that… we can expand the ban to also include amalgam fillings.”

Progress in other countries

In the United States, the American Public Health Association panel rejected a policy proposal to “preserve” the use of dental amalgam. They pointed out that scientific evidence indicates that amalgam is a significant source of mercury pollution that largely cannot be prevented except by source reduction.

In France, Le Monde quoted Michel Goldberg, the spokesman for the French Dental Association, saying this about amalgam:

“France's 40,000 dentists use it less and less for two reasons: the fuss about mercury has made them cautious, but also for reasons of appearance”.

A recent EU report that I have focussed on in another blog, points out that the Netherlands and Italy have reduced amalgam use significantly, while Germany, Spain and Austria have restrictions or guidelines on amalgam in place.

You could say I too am cautious for the sake of my patients’ health. As a dentist, I have not set an amalgam filling in over 20 years.

If you too are cautious about your health, and you don’t want to wait until a country or treaty decides for you, you can limit your exposure to mercury by having your amalgam fillings removed.

If you decide to do this, it is essential that you go to a dentist that follows the strict protocol on the removal or you might be inadvertently exposed to more mercury in the removal process.

We have extensive experience in the safe removal of amalgam. Feel free to give us a call to discuss your needs further on 01 2866394.