Sinuses are the hollow air pockets in the bones of your skull. The lining of these pockets can become swollen causing pressure, this is known as Sinusitis. Symptoms can include a high temperature, pain and tenderness in the face, a blocked or runny nose and a general foggy feeling. Dealing with sinusitis can be frustrating at the best of times.Sinusitis is very common and can affect people of any age. There are two types of sinusitis: Acute and Chronic.

There are several ways your sinuses can become blocked and inflamed, but the most common cause of sinusitis is a viral infection, such as a cold or flu virus. 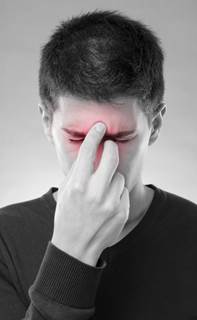 If you’re experiencing sinusitis symptoms, but haven’t had a cold or a bout of flu recently, it’s likely your infection has been caused by something else and you’ll need a more direct cure for sinusitis.

How Can Amalgam Fillings Cause Sinusitis?

Mercury vapour emitted from amalgam fillings sticks to the lining of the nose and sinuses, where it can create inflammation, resulting in chronic sinusitis.An effective sinusitis cure is simple if it is caused by mercury. By having your amalgam fillings removed and replaced with a different type of filling, you will be reducing the amount of mercury in your body and therefore relieving yourself of the painful symptoms related to sinusitis.

On average, sinusitis clears up by itself after 2 weeks. If you are still suffering after this period or you find symptoms getting worse, then you should speak to your GP, as you may have chronic sinusitis.

Since there is a strong connection between the mercury in amalgam fillings and developing sinusitis, it’s highly advised that you see a dentist if you have amalgam fillings.