Susan Ryan: How a Dentist Saved My Life

For 10 years, Susan Ryan (49) battled with chronic illness. Her symptoms included vomiting, breathing difficulties, congestion and blackouts. After a terrifying blackout at home, Susan was banned from driving. With no answers coming, she felt her life was over.

In the interview below, Susan remembers that period in her life, and the day the cause of her problems was finally discovered; there was not only mercury, but thallium in her amalgam fillings.

Since that day, Susan’s health has completely turned around. Read her fascinating story that she shared with us below.

We started our family in the mid to late 90s, so I was used to having morning sickness. In 2000, I noticed I was getting morning sickness more often, even though I wasn’t pregnant. The way it would happen was, maybe 6 out of 7 mornings I would be getting out of bed and I couldn’t breathe until eventually I would start vomiting. It was an embarrassing situation because you couldn’t organise to meet someone on the morning. It was little things like that were really difficult to cope with. 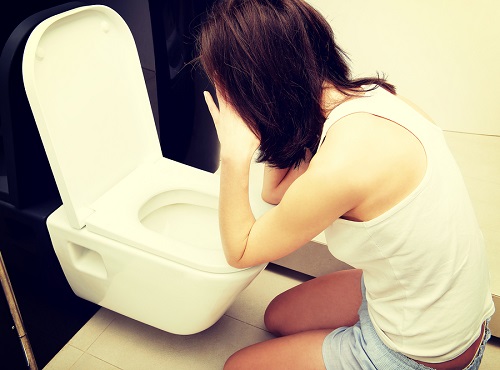 Of course, I went to the doctor. He told me I had a gastro problem and referred me for all kinds of tests. I had tubes down my throat, up my backside, you name it; they tested it.

Then the doctors started saying it was an allergy, so they started putting tubes up my nose, and performing all sorts of other allergy testing. It was just one thing after the other, but the cause was never found. That’s not to say I wasn’t ‘diagnosed’. I was ‘diagnosed’ with plenty of illnesses.

I was given a Ventolin inhaler for my difficulty breathing which was had been diagnosed as asthma. I can tell you now that I did not have asthma.

My doctor once said that my sickness was in my head and he prescribed anti-depressants. Now, how getting up in the morning and not being able to breathe and vomiting could be in my head, I don’t know, but for a time, I was on anti-depressants.

“You must be in an unhappy marriage”

Eventually my doctor told me the only thing left was that I must be in an unhappy marriage, which I absolutely assured him I wasn’t! But no, I was basically told that my problem was my husband and that the only step left was to leave my husband. Naturally, I left that doctor!

It was probably around 2004/5 when the blackouts started.

I remember being on the DART going into Dublin and I had one of the children in a buggy and the other by my side.  The next thing I remember is waking up on the floor of the DART with some kind woman trying to revive me with a bottle of water. I didn’t know what had happened. I had just completely blacked out.

At that stage, the doctor started treating me for viral vertigo and gave me tablets to treat that. You should have seen the number of tablets I was on for my various diagnosed illnesses; if you picked me up and shook me I would have rattled.

The blackouts continued. I had a particularly bad one at home where I fell and hit my head on the radiator. My husband brought me to Loughlinstown Hospital where they kept me in for 3-4 days for tests. It was then that an MRI scan revealed lesions on my brain. Looking at my scan, the doctor said it was something he would expect to see in a much older person or maybe someone with Alzheimer’s. I was only about 40 at the time. That was terrifying and I was banned from driving.

The Day Everything Changed

After 10 years of pain and expensive appointments with doctors, specialists and allergists, it was a dentist who discovered in the end what was causing my illness. In 2010 my husband went for an appointment with his dentist, Dr John Murphy in Holistic Dentistry. John was talking casually about another patient who had suffered with terrible gastro problems and that mercury had something to do with it. He was just talking away and my husband said to him, “You’ve just described my wife; the vomiting, the blackouts”

John told my husband that I should go for an electromagnetic resonance test and if that revealed anything, to come and see him.

The Cause is Revealed - Thallium

Now, I had tried everything at this stage, so I was pretty sceptical that this test was going to be the one that would give me some answers. I was wrong. The specialist who carried out the test told me that I had thallium poisoning and that thallium was in three of my amalgam fillings. I went away and did some research on thallium and my scepticism returned. I far as I could see, thallium was a highly toxic anti-freeze agent used in thermometers and I could see no reason why this would be in my amalgam fillings. Everyone I mentioned it to, even my doctor, just basically laughed at me.

I went to see John and he was so understanding of my situation and my scepticism. He suggested that he carefully remove one of the fillings that had been identified as containing thallium and he would send it to Scientific Resources Ltd in Trinity College for testing. This would prove to me one way or the other whether I had thallium in my teeth. The results came back and confirmed that thallium was in the filling.

That was it for me. I had John start the long process of gradually removing and replacing all 10 or 11 of my amalgam fillings. I wanted all of it gone.

John was very, very thorough and did things slowly and methodically. It took months, but eventually I was free of all of my amalgams.  I had to do a detox of my system too. I started to feel the difference straight away and my health gradually improved. Within a year, I was back to the way I used to feel in my 30s.

Today my problems are well and truly gone. I haven’t vomited since 2010. It’s coming up to five and a half years now since I last had a gastro problem. I’ve had no more blackouts and no more fainting. I’m back driving again. I’m back working full-time. I have energy again. I can get up and go about my business in the morning. It’s crazy to think back on all the different drugs I was being told to take. I don’t need to take medication for anything anymore, bar the occasional paracetamol for a headache. I just don’t know myself.

The disappointing thing was that I thought once Trinity College proved there was thallium, pure poison, in my fillings, that this was going to hit the media, that people were going to find out about it and that finally mercury fillings were going to be banned in Ireland just as they are in a lot of other European countries. But it was all just brushed under the carpet, nobody wanted to know. It was incredible. That’s why I was very happy to share my story here for others to read. I had never heard there could be a problem with thallium and mercury fillings. Now I can see that mercury fillings should never have been placed in my mouth at all.

John Murphy saved my life. I’m coming up to 50 this year and I would not be reaching my 50th birthday if my health kept going the way it was. John has explained to me that there is a link between mercury and Alzheimer’s. The lesions on the brain may have been the start of that. I’m not going to be silly about it, I know there has been damage but I’m fine, I’m healthy and I feel like I’m back to normal, living a normal life and that’s something I had accepted I would never have again.